Henry the Hoover: still smiling after all these years 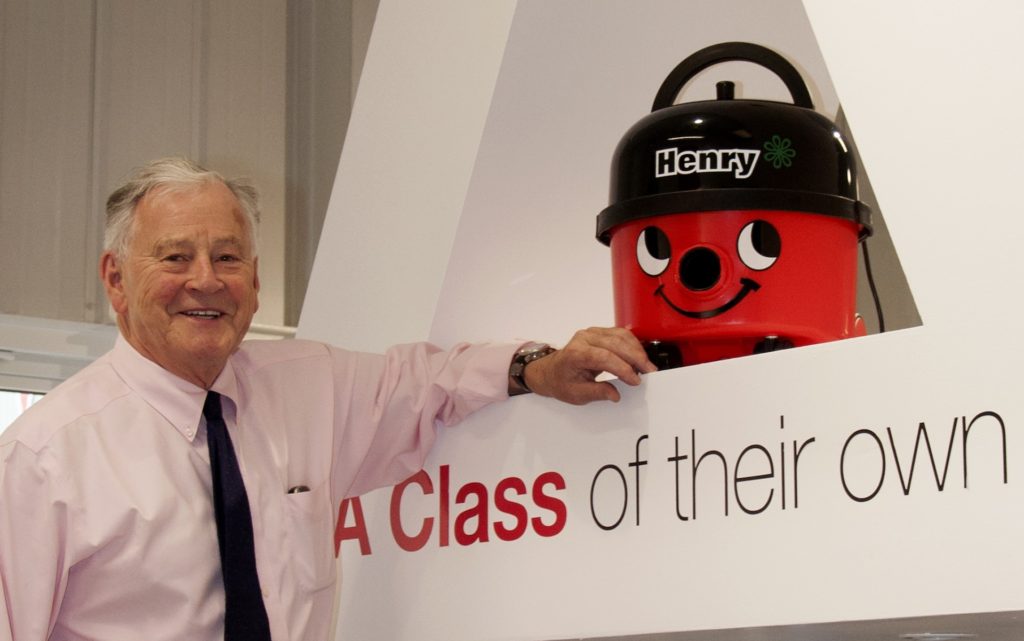 The company that brought out the smiling, red vacuum called Henry is still going strong thanks to a focus on quality products and constant innovation.

Henry the Hoover, with his cheeky smile, is now 39 years old. Developed in 1970 by Chris Duncan – the same man who runs the company today – this iconic vacuum cleaner has long been one of the most popular brands for commercial use, and is now also found in homes across the world.
Mr Duncan’s company, Numatic International, began by making commercial vacuums that were used for cleaning boilers. By 1981, these specialist, tough gadgets had slowly evolved into the smiling, red machine that we know today.
It is estimated that 20,000 Henrys are sold each week, and that 10 million have been made since it was launched. Cosmetically, Henry has changed very little over the years – although there are still a few beige versions from the Eighties in use today – but his innards have had a major overhaul.
“You have to keep innovating, and Henry has kept up with the key players on the market,” says Numatic’s head of media, Andrew Ernill.
But Numatic doesn’t just make vacuum cleaners; it also makes the ride-on scrubbers found at airports, and janitorial trolleys, among other commercial cleaning equipment. The company exports 46pc of its products, and has overseas subsidiaries in six countries. By having a diversified product range, Numatic has grown turnover year-on-year.
The company is working on the next generation of vacuum cleaners: a cordless Henry. “There are lots of small cordless vacuums out there but we think this is the only big cylinder vacuum in Europe to go cordless,” says Mr Ernill. New products, alongside overseas expansion, will assure future growth.
Numatic makes all its vacuum cleaners at its Somerset factory, resisting the temptation to outsource production to cheaper territories. This helps the company maintain the quality of its products. “There’s a lot of affection for Henry, and that affection seems to be passed down through the generations,” says Mr Ernill. “But that would quickly disappear if we lowered the quality of the build.
Numatic is committed to manufacturing in the UK and recently completed a major factory expansion, part of an on-going inward investment plan. Managing director Chris Duncan has said: “The formula to continued growth has always been the same, we innovate, produce quality products that offer value and do the job, it really is that simple”.
One of the major challenges that Numatic faces is also its greatest strength: Henrys rarely break. “People know it will last a long time,” Mr Ernill adds. “A customer recently returned one that is 30 years old – it was still working, but is now taking a rest in our museum.”
Numatic always provides spare parts if its products break down, and can retrofit motors right back to the first Henry ever made. “The problem with ‘a vacuum cleaner that lasts’ is that they last,” Mr Ernill says, laughing. “But we seem to be doing OK!”

<!--PHAYESTC--!>
A Cleaning Business Run By Cleaners. It's Not Clean Until It's Acorn Clean!